Those three sex toys are considered the staples, and they will mostly likely provide a satisfying orgasm for the lady using them.

However, each of those toys serves up something entirely different from the others. As for the clit machines, they’re usually considered the most intense and powerful of them all.

But because those kinds of products have gained such popularity in the last few decades, there are more of them to choose from than ever before.

Therein lies the problem. The average woman doesn’t know how to tell the difference between a good device and a poorly made one, leaving her to subject her vagina to a series of trial and error.

I was recently discussing that little problem when one of my best friends told me about her experience with the LELO SONA Cruise. Impressed by her story, I decided to try one out for myself.

So, was I equally as blown away by the device as she was or did I ask for my money back? Well, let’s make sure we’re all on the same page about the subject matter first.

What is the Lelo SONA Cruise? 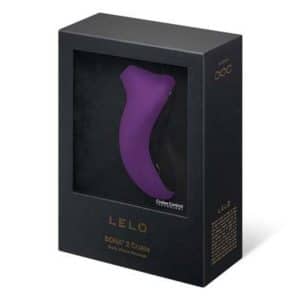 The SONA Cruise is a clitoral stimulation sex toy for women and it’s made by one of the most trusted brands in the entire personal pleasure industry. The famous LELO company is responsible for this thing, in all of its clit-clacking glory.

Designed for precision solo missions and hands-free couple’s play, the LSC blends the intense sensations of vibrations and sonic waves to produce mind-blowing orgasms without even the first hint of penetration.

And because it’s lightweight, ergonomic and user-friendly, it has sold millions of units since its introduction to the market as the world’s first sonic clitoral massager not too long ago.

The Main Features Of The Lelo Sona Cruise

With more features than most similar sex toys, the SONA packs a powerful punch to the pussy by delivering clitoral stimulation in a completely unique way.

Instead of utilizing simple vibrations or suction like many other devices, this bad mamma-jamma uses a series of sonic waves to produce extreme pleasure. 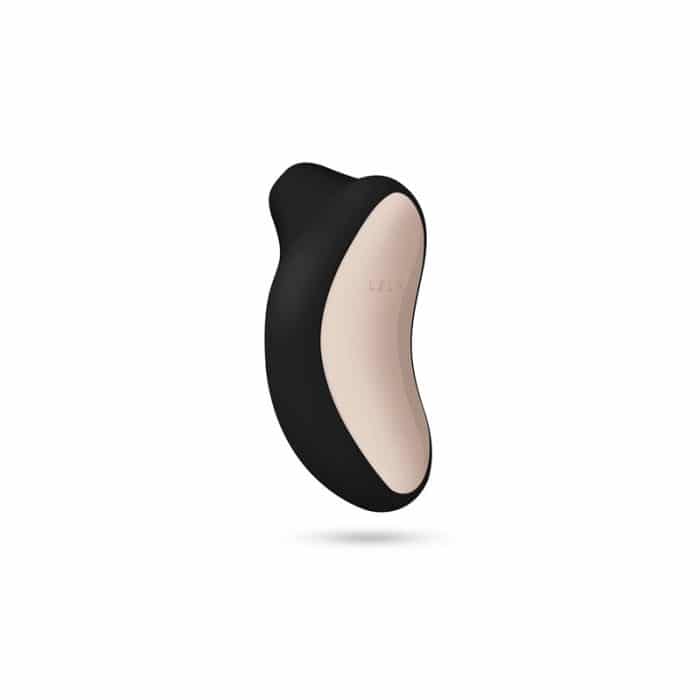 Best of all, the machine itself it shaped and sized just right for the average woman’s hand and it’s made from 100% skin-safe materials as well.

The LELO brand prides itself on producing one-of-a-kind pleasure products and the S Cruise is no exception. Its name is quite telling in that it reveals the device’s greatest feature: The Cruise Control setting.

This mode reserves 20% of the battery life at all times so that you can get a supercharged sensations every single time you press down on your body with the toy.

It’s also completely rechargeable with a standard USB cable and it’s fully submersible in water as well (meaning bath and shower time can become about more than just cleanliness). The product comes with its own storage pouch and a warranty from the manufacturer too. 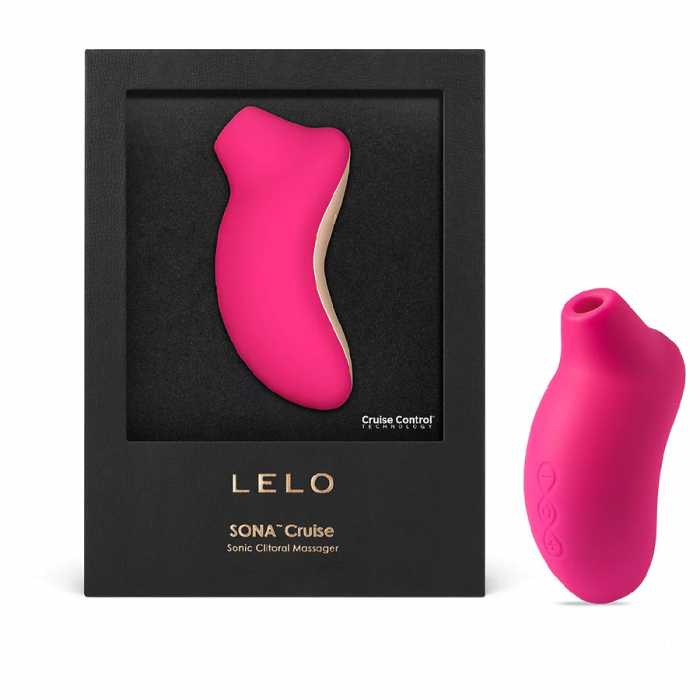 Today’s best sex toys for women are often laced with special gifts and treats inside the box, but the LELO brand isn’t big on offering up a bunch of freebies.

Instead, they use their production money to develop some of the industry’s top-rated pleasure products and we all get to benefit because of it. If that means we’re forced to supply our own personal lubricants and sex toy cleaners, then so be it.

Here’s what you get for the money when you buy the SC:

Your chances of getting a few special coupons or consumer incentives is also rare, although the LELO brand does hold sales on their official site quite often while also running deals through affiliated suppliers.

I suggest only buying your supply through someone trustworthy to get the most bang for your buck. If all else fails, wait for the manufacturer to host a discount and whatever you do, always use a good water-based lube with this toy.

My experience with the LSC clitoral stimulation sex toy for women was exactly what I expected it to be – a powerful and surprising encounter with nobody to brag to but my dog who, by the way, stared at me curiously the entire time I was using it.

Can anyone say “awkward?!” Anyway, the toy itself seemed extremely well made and of high quality, plus the overall functionality was on par with my sessions involving similar toys. But before we get into all that, let’s back the train up a little bit.

The box containing my toy arrived at the house tattered, but I blame the mailman and not the manufacturing company or supplier. It was left unmarked by telling literature or pictures though, so that was nice. 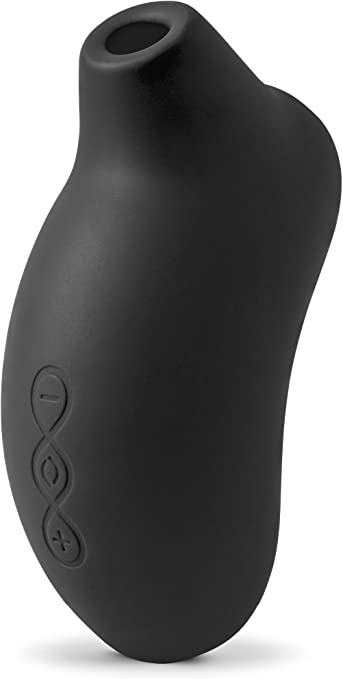 I live in a small apartment building with paper thin walls, so receiving a sex toy at my doorstep was already a difficult challenge. I get this bad boy inside and my entire demeanor changed.

Anyway, the device didn’t come with a spare charge from the test run at the manufacturing facility (which was odd to me considering LELO is such a trusted brand), so I had to plug it up to the included USB charger for about 90 minutes before I could play.

Already knowing how my body would react to toys like this, I also laid down a an old towel from the bathroom. What? I’m a squirter.

I enjoyed just about every sensation that came out of the LSC except for one tiny thing. The edge of the hollowed out cup flaps around quite a bit when the device is on full power, resulting in not only a loud noise but also a somewhat uncomfortable sensation (unless you’re into pussy torture).

The material is soft, smooth and sturdy otherwise, but you get those sonic waves pulsating through it and it’s a different story. My favorite part was the Cruise Control function which allowed me to manually increase the wave intensity without having to turn up the settings.

That made it much easier for me to tailor the scene to my own unique specifications without having to fiddle with the built-in buttons.

I would have liked to see a remote control or something come with this toy. It’s a wonderful unit for personal pleasure but it could be a ton of fun to try with a partner as well. I can’t say it gave me the most intense orgasms ever, but I can certainly see how someone else might think that.

Overall, it’s a nice toy to have around the house for a rainy way (or for when you don’t want your boyfriend to come over).

Anyone who tells you that their sex toy is perfect has no idea what they’re talking about. In fact, people who claim that their product is without flaw are lying to you.

It’s just not humanly possible for any manufacturer to make something that pleases every person on the planet. The point is to find something that works for you, not for everybody else.

When it comes to the LELO SONA Cruise, there area few pros and cons that I think everyone should know about before spending any money:

Although the SONA Cruise by the respectable LELO brand has far fewer flaws than most similar devices on the market, it’s still not a perfect product. The battery life could use a little work, the intensity settings are somewhat limited by comparison, and the sensations that it does produce can be too strong for some users.

With all that said, however, this magic machine has the power to generate life-changing orgasms within just a few minutes of being turned on. It requires no extra equipment or skills, absolutely no penetration, and zero physical contact unless you want it that way.

Overall, I’d say that this sex toy is an ideal product for women who know exactly what she’s looking for (and maybe not so much for the gal who’s unsure about what feels good to her body).