Buying a disposable masturbator can be nerve-racking. It’s bad enough that good sex toys are already hard to find. Do we really have to complicate things by inventing a whole new category of personal pleasure products?

Here I go complaining like it’s tough to have all these options, when meanwhile I’ve been on hunt for a high-quality throw-away toy for my upcoming trip overseas since I first booked the flight.

One of the first products to get mentioned was the TENGA Egg. I had heard about it once or twice before in casual conversation, but for some reason I hadn’t even thought about it until that point.

I immediately hopped on the internet, ordered myself a variety pack and patiently waited for it to arrive at my door. “I hope I didn’t just waste a bunch of money,” I thought to myself while the time passed. Eventually, I had to face the music.

So, did my purchase end up being a wise one or was I fooled yet again by an online troll? Well, let’s start out by making sure everyone knows what I’m talking about.

What Is the TENGA Egg Masturbator?

The TENGA brand is pretty well known as far as I’m concerned. Apparently, their name is recognized around the world, and most of that popularity it due to their tiny little egg-shaped masturbators for men. 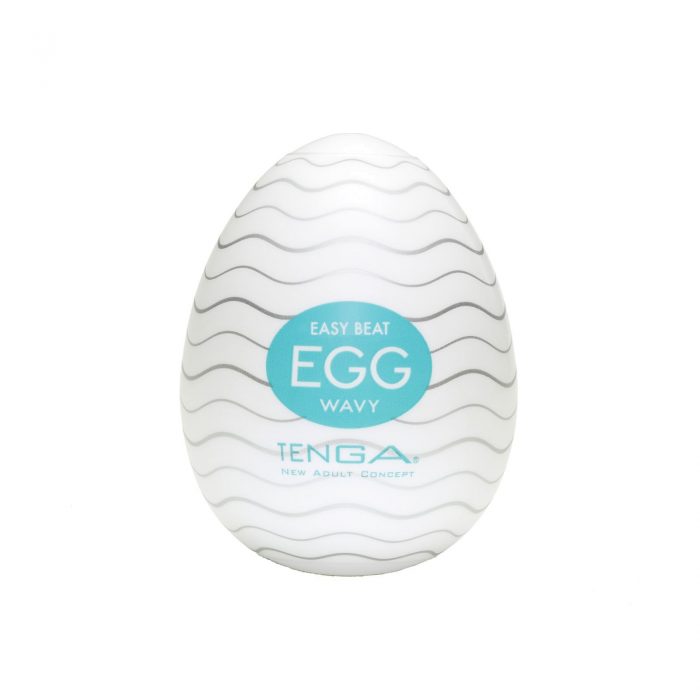 Hailed by some guys as the best disposable sex toy in the universe, these super compact sex sleeves are designed for the average man’s favorite time of day: Pump and Dump. They’ve sold by the millions and continue to increase their fan base to this day.

And while they’re not the most durable thing on the market, these unique sex toys make users stop and say, “Why haven’t I thought of this before?”

Obviously, the Japanese manufacturer who makes these disposable, handheld playthings has their finger on the vein of modern-day dicks. But what makes the TENGA Egg masturbator so amazing? Apparently, it’s this kind of stuff:

Each egg is unique in the way that it’s texturized on the inside, but the overall shape, size and functionality of the items in the series is the same.

All eggs measure about 2 inches in depth and width with a little over 7 inches in insertable length (thanks to the incredibly stretchiness of the material). Furthermore, this ultra-lightweight male masturbator is completely disposable (which means it can’t always be used for a second round). 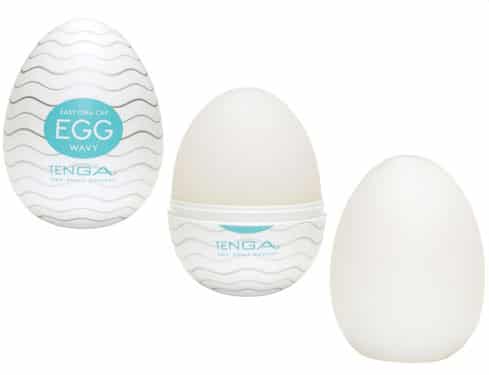 The materials with which these toys are made can be considered some of the best quality in the industry. Skin-safe and super pliable, the thermoplastic elastomer (TPE) sleeves feature their own specialized texture.

On top of that, the TENGA Egg is known to be extremely easy to clean up after (but I think that’s mostly because of the award-winning, condom-like design of the toy itself and not because of the user’s willingness, or lack thereof). 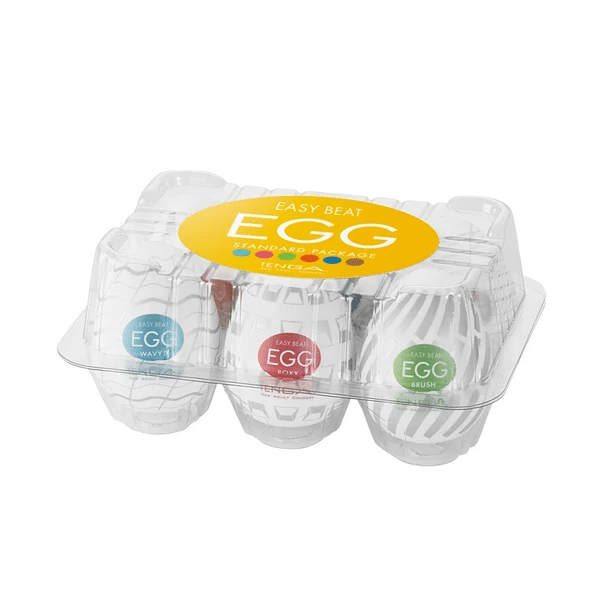 Fortunately for people who know how to properly experiment, the TENGA brand offers an extremely wide variety of masturbator options. However, people who are a bit more on the indecisive side may find their massive selection difficult to sort through.

Either way, you don’t get too much in the box (because there is no box). In fact, everything you get for the money comes packages inside a whimsical plastic egg that can be thrown away alongside the masturbator itself. Here’s what you’ll find when you crack it open:

You don’t get any sex toy cleaner or instructions with your purchase of this thing because 1) you’re already using a sex toy that can be thrown away instead of cleaned, and 2) the use of this bad boy is pretty self-explanatory.

On the bright side, each egg is relatively cheap which means you don’t waste too much dough if you end up not liking the texture you pick. P.S.: There are at least a dozen or more to choose from, so don’t get your panties in a wad if the first one isn’t a winner (that’s why I got the variety pack).

The Experience With Tenga Eggs 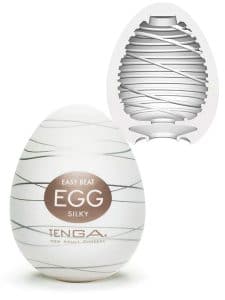 I can’t say that I’ve ever really paid too much attention to the whole disposable sex toy thing. It wasn’t until recently that I made my mind up about trying to find one. My boss was sending me on a long business trip overseas and I wasn’t going to see my little lady friend for several weeks.

And since we’re a monogamous couple, I had to come up with some creative ways of satisfying my desires because cheating wasn’t an option. After catching wind of the TENGA Egg series, I knew there was only one thing to do.

I did, however, throw one of the eggs inside my briefcase just in case I got a few free moments later in the day. Around lunch time, I slipped off to the men’s restroom down the hall from my office for what I thought would be a silent, in-and-out gig. Thank God they installed locks on the bathroom doors before we opened up for business last summer.

Anyway, I pop the egg out of its shell, slather on some of the lube that came with it and started jerking off as quickly and efficiently as possible thinking I didn’t have much time. I swear on everything holy, I’m usually not the kind of guy who busts a nut within a few minutes of working it. 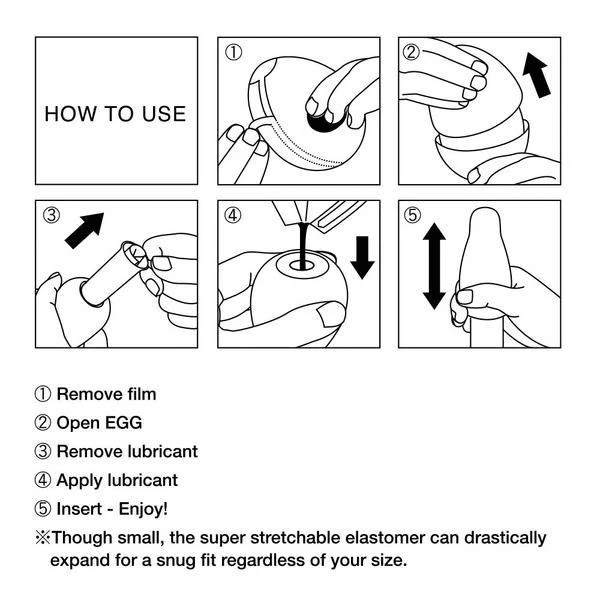 However, with the aid of the texturized sleeve and the smooth, thickness of the included lube, I ended up dumping my load about five minutes into the show and still had time to eat a sandwich afterwards.

My only saving grace has been the fact that the toy was disposable so nobody has any evidence to support their theory that I’m a perv.

Either way, I was pretty much convinced that these bad boys were going with me on my upcoming trip after that point.

You can search all over the world but you will never find a personal pleasure product with zero flaws. It’s just not possible. Our dicks are simply too complex of an organ, and mankind is simply too picky about their sex toys.

The TENGA Egg, for example, is one of those products that has several ups and downs associated with it. Here are the things I think everyone should know before they spend any money on one:

LOVEHONEY – Our top recommended online sex toy shop that offers you the best prices, fastest and most discreet shipping on the internet.

While the TENGA Egg may not be the world’s first 100% flawless disposable male masturbator, it most certainly got my attention. It turns out that the commenters on my blog aren’t blowing smoke up my ass after all.

I do see their point when they said it’s not a sex toy for everybody. It obviously can’t fit every penis size and you run the risk of breaking through the end if you jerk off to hard.

However, the overall design, flexibility, texturization, and smoothness are what make this personal pleasure product worth talking about.

It’s most definitely an innovative “device,” plus millions of men have used one already. If I were you, I’d at least try it before I knocked it.